For the first time, more people in the U.S. choose cremation over burial during their end-of-life preparations, according to The National Funeral Directors Association’s 2016 Cremation and Burial Report: Research, Statistics and Projections. The report used data from 2015 and found that the burial rate in the U.S. fell to 45.4 percent while the cremation rate increased to 48.5 percent. The results varied greatly state by state, with some regions favoring burial and others preferring cremation. On balance, though, the nation in 2015 leaned toward cremation as its preferred end-of-life option.

It is also unlikely that this new development is a random flash in the pan. In 2005, the NFDA report indicated 61.4 percent of the U.S. chose burial compared to 32.3 percent who opted for cremation. Then, in 2010, the burial rate dropped to 53.3 percent while the cremation rate rose to 40.4 percent. Moreover, the Cremation Associate of North America pegged cremation rates in the U.S. at 24.8 percent in 1999, but 46.7 percent in 2014. Those number are in line with the NFDA report and provide further evidence that cremation rates have been on the rise for some time. 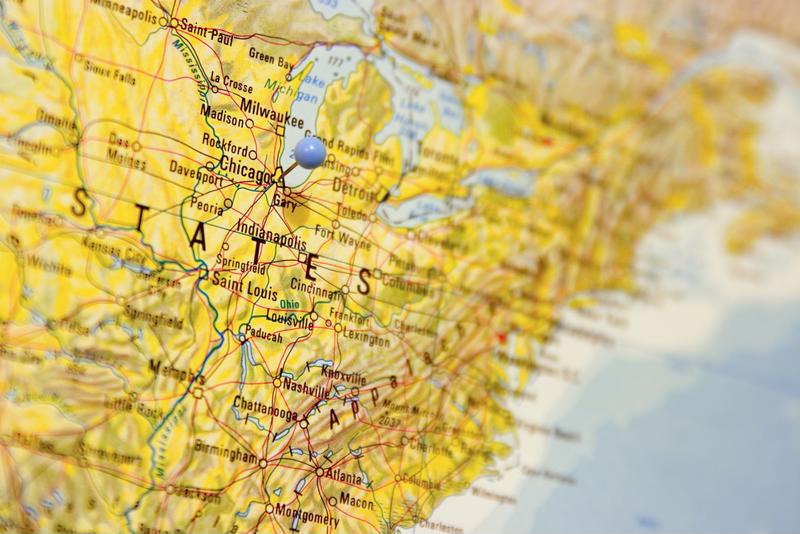 Cremation is rising in popularity across the U.S.

It’s worth noting that the preference for cremation vs burial is far from even across the U.S. In the latest report, cremation in Montana, Washington, Oregon, Hawaii, and Nevada ranked 50 or more percentage points higher than burial. A number of states including Vermont, New Hampshire, Maine, Wyoming, Colorado, and Arizona were anywhere from 40 to 50 percentage points more in favor of cremation than burial.

On the other hand, in Mississippi, burial ranked over 50 percentage points more popular than cremation. Nearby states like Louisiana and Alabama placed cremation 40 to 50 points lower than cremation. By and large, the rest of the U.S. was less polarized, but tended toward cremation.

With that said, the differences between the states are not necessarily due to any single factor. There could be cultural differences inherent to these regions or certain cremation regulations may push people in one direction or the other.

The NFDA report doesn’t provide hard evidence regarding the reasons why cremation has been steadily increasing in popularity, though it does offer few suggestions, like cost, environmental impact, and religious alignment.

The Huffington Post can offer more context. For starters, cremation isn’t just less expensive than burial – it’s actually a fraction of the amount, even including the funeral costs. Additionally, the source suggested religious outlook has evolved since the late 1950s, when the cremation rate was below 4 percent.

Overall, what’s right for you and your loved ones will vary and certainly doesn’t have to reflect national averages or statewide preferences. The most important thing is to do your research, consider how you want to be remembered, and speak with friends and family about your options when planning for end of life. If anything, the latest results from the NFDA report indicate that there is no stigma against cremation or burial, and every family can pursue the option that makes the most sense for them.

I was very satisfied with the services you provided.  ... Read More

I was very satisfied with the services you provided.

I would like to take this opportunity to commend the... Read More

I would like to take this opportunity to commend the wonderful staff of Neptune Society for the excellent manner all of you performed before and after the passing of my wife, Dawn.

Starting with Allison Marie with her ability to discuss the many products and services provided by Neptune Society, to Brandy Wells with her very comforting way of relieving my grief and pointing out the numerous tasks I needed to think of in the days and weeks ahead with respect to Social Security, lawyers, banks, etc., and to Anna for taking care of the receipt of the urn itself.

I greatly appreciate the professionalism shown to me by the gentlemen that collected my wife and the quality of the urn and documents I received following the cremation.

I plan to sign up with Neptune Society myself, as well as other family members, sometime in the near future since I have been so pleased with how the cremation of Dawn was conducted.

Anna, I just wanted to thank you for the really... Read More

Dear Lisa, On behalf of our family, I would like... Read More

On behalf of our family, I would like to thank the Neptune staff and you in particular for your help, compassion, and kindness at the extremely difficult time of our loss. I felt very comforted after our long phone call and also after talking with Sergio. Once again many thanks to all of you for everything.

Rebecca B. and family

Dear Carolyn, My experience with the Plano Neptune staff has... Read More

Dear Carolyn,
My experience with the Plano Neptune staff has been wonderful.
Even though I was making arrangements for my wife of 39 years: Chris.
I read all the support emails afterwards and they were very helpful.
I have been, and will continue to recommend you.
Thank you for all your help and support.
Ron O.

We were quite a distance from my father and his... Read More

We were quite a distance from my father and his wife. We live in Wisconsin, they in Florida. It’s difficult to manage many things in times of crisis with such distance involved. Neptune was the answer. They handled everything with professionalism, respect, and sincerity. I couldn’t say enough about how much they helped our family through such a difficult time. Marianna is our contact at Neptune. She was heaven sent. She kept all the wheels moving in the right direction. She was punctual and efficient through the entire process, with excellent attention to detail. She made our difficult time so much easier. Thank you Neptune Society of Fort Myers, and especially Marianna.

Let's be real for a minute, people. You can plan... Read More

Let’s be real for a minute, people.

You can plan and organize or choose not to,

but death is a train and it’s been on the tracks since birth.

When it comes, those left behind are in for a rough time.

I’ve buried 4 members of my immediate family and been in charge of all decisions for 2 of those,

Neptune was like a warm blanket after a cold night in the field.

They handle things, call people and agencies that need to be called, get paperwork done,

they get the job done.

I had other things to deal with of course,

but Neptune’s involvement was reassuring and dependable.

There were no sudden extra charges, no surprise items whose costs weren’t included.

Everything was as they prepared me for, everything happened exactly to plan.

They cared for my mother last month.

They’ll be caring for my wife someday, and me as well.

Their service was that solid.

I could have tried to pay less

but it wouldn’t have been worth it.

I know that for a fact now.

Get this done, people.

Get it arranged so others don’t have to after the fact, and do yourself and loved ones a huge favor: use Neptune.

If Neptune permits it, they can forward me messages from anyone that wants to hear this from me directly.

I’ll respond to anyone that wants to verify my statements.

Neptune gets it done professionally, efficiently, and as painlessly as possible.