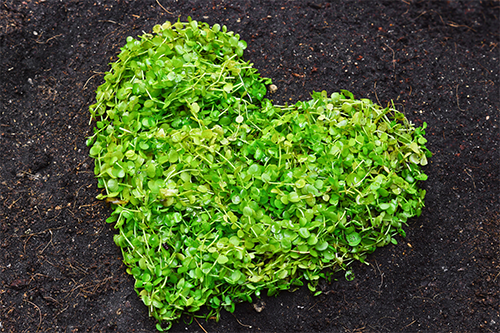 The average body requires 3.5 gallons of embalming fluid, which the World Health Organization has named a Class 1 carcinogenic compound due to its mixture of formaldehyde, methanol, ethanol, and other solvents. Once the casket degrades, this mixture can leech into ground water and has been found in streams near cemeteries and in the waste water of funeral homes.

Approximately one million pounds of metal, wood, and concrete are put into the ground each year to protect the deceased from the earth. Expensive and rare hardwoods are often used to make caskets, which creates a high demand for unsustainable practices. They also have a low decomposition rate, meaning the land in cemeteries takes a long time to become usable for other things.

Another major concern is land scarcity. Traditional cemeteries use large portions of land that must be mowed, watered, sprayed with pesticides, and used for nothing but burials theoretically until the end of time. While there will always be more deceased, there will not always be more land to hold them. And with an exponentially growing population, more land will be needed to feed, house and sustain it.

As global warming and sustainable land use become an increasing concern, many of us have become more aware of how our lives – and deaths – will impact the environment.

Cremation as an Alternative to Burial

While the main reasons people choose cremation over burial are lower costs, easier arrangements, and more personalized services, some Americans are choosing it as an environmentally-friendly alternative to burials involving metal and hardwood caskets, concrete vaults, and formaldehyde-based embalming because it reduces their  land use.

While there is some concern over greenhouse gas emissions produced by crematories, it’s important to keep things in perspective. Modern crematories are designed to burn more efficiently and filter emissions by “scouring” combustion gases prior to their release. This includes funneling gases into wet scrubbers or through large filters to reduce pollutants. As these technologies continue to improve, the level of harmful emissions will decrease.

As of today, a modern crematory requires an average of 28 gallons of fuel to complete the cremation process – about what a large SUV can hold in its tank. Approximately 540 pounds of CO2 is released into the atmosphere per cremation. When compared with the amount of fossil fuels consumed by the average American throughout their lifetime, this final emission is relatively minor.

Using data from the CDC and the Cremation Society of North America, the Funeral Consumers Alliance of Southern California calculates that the United States’ cremation-related, yearly emissions are the equivalent of what Orange County in California emits yearly.

When you consider projects like Neptune Society’s Memorial Reef, where ashes can be combined with concrete to become part of a coral reef that sustains life, and The Bios Urn, which is a biodegradable urn that grows a tree from a person’s ashes, there are many ways to benefit the environment after being cremated.

Neptune Society helps families fulfill the final wishes of their loved ones with dignified cremation services from dozens of locations across America. Contact us today to learn more about our environmentally-friendly cremation process and prearrange your final needs.

Special thanks to Paula Sexton, location manager of Neptune Society Palatine for her support and contributions to this post.

Our sister passed in 2019. My brother-in-law stated how appreciative... Read More

Our sister passed in 2019. My brother-in-law stated how appreciative he was that they had contacted Neptune Society and recommended them for our brother who was declining quickly from cancer. The paperwork was simple and easy to complete. Upon our brother’s passing, we contacted Neptune. The young man and woman who showed up were so respectful and kind. They gave us as much time as we wanted and as they slowly drove away, they played a song from one of his favorite groups. Our deepest appreciation to Neptune Society.

My mother left a month ago. Since then the help... Read More

My mother left a month ago. Since then the help we have received from the funeral home has been very important, as we are outside the USA. We were provided with information and support at all times. The procedures were simple and diligent thanks to Mr. John Smilie. It is not a service that one wishes to recommend, but when needed, it is always good to have the professional, human and considerate support that we received at all times.

Leslie Harris of the Neptune Society was professional and very... Read More

Leslie Harris of the Neptune Society was professional and very knowledgeable regarding the services provided. All my questions were answered. She was very thoughtful and considerate. After the presentation, I felt a sense of relief that I had made this important decision to shield my family from the burden.

An excellent experience and it relives our minds about the... Read More

An excellent experience and it relives our minds about the end.

Very timely and really do everything that needs to be... Read More

Very timely and really do everything that needs to be done. I’m very thankful we chose Neptune Society.

The Neptune Society is the best!!! I highly recommend this... Read More

The Neptune Society is the best!!! I highly recommend this service. Marianna has a calm and empathetic demeanor which was very comforting. She answered all questions and made sure the process went smoothly. Thank you for all your support ❤️❤️❤️

I saw the frustration and stress my nephews were going... Read More

I saw the frustration and stress my nephews were going through to get their mom cremated who lived out if town. They thought everything was taken care of. I want to be responsible and make an already difficult time easier for my daughters. I provided a copy of the contract to them, I have my urn and I provided them with Neptune’s contact info. The best part is that it’s transferrable to other states. Check it out.

For years my father-in-law would tell us, "When the time... Read More

Neptune Society, without prior arrangements, was used for my mother... Read More

Neptune Society, without prior arrangements, was used for my mother and grandmother at their deaths. I was satisfied with the ease of the service and price. I was shocked that the price had doubled over the past 12 years. That made me hesitate, but I trust your service and products and felt I could find no better. I had priced cremation services when I bought a vault earlier this year at a local cemetery. Not only was the price higher, but they insisted on pricey extras that I did not want.

Neptune Society took all my fear and worry away. I... Read More

Neptune Society took all my fear and worry away. I was able to grieve in peace without worrying about any of the procedures that we planned previous to my husbands departure. I have encouraged many of my friends and family members to reach out to Neptune Society

How to Dress Appropriately for a Funeral

Going to a funeral is relatively rare for most of us, and when the time comes, it is stressful enough without being concerned whether the outfit you wear is appropriate. As a rule, it’s generally best to choose more traditional, conservative attire in regards to how you dress at a funeral.

As we get older, what our bodies need to stay healthy begins to shift. Due to different nutritional needs, and the slowing of the metabolism, people begin to burn fewer calories naturally once they get older.