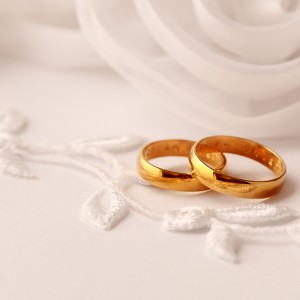 The historic Supreme Court ruling on June 26, 2015 paved the way for the freedom to marry nationally. Marriage licenses are now being issued to same-sex couples in states and counties across the country. Married same-sex couples now enjoy the same legal rights and benefits as married heterosexual couples and will be recognized on official documents such as birth and death certificates.

Married same-sex spouses who wish to be cremated are subject to the same laws as heterosexual couples regarding cremation as well.

At-need cremations are cremations services that are arranged at the time of death. The process for a same-sex couple to have a deceased spouse cremated at-need should not differ from the process for any other couple.

In many locations, in order for the cremation to take place, the next-of-kin must sign an authorization form or declaration for disposition of cremated remains. All cremations must be authorized by the individual’s next-of-kin, regardless of whether a cremation plan has been made in advance. For married individuals with a surviving spouse, the spouse is considered to be the next-of-kin “authorizing agent” responsible for authorizing the cremation. Please note that cremation regulations may vary by geographical location and family situation.

Since the Supreme Court ruling, a same sex-surviving spouse is afforded the same legal rights in this area as any other spouse. The same-sex surviving partner is named on the death certificate and is also the person whose signature on the cremation authorization is required in order to proceed with cremation.

Pre-need cremation services are cremations that are arranged before the time of death (or time of need). Again, the authorization process for a same-sex married couple that wishes to pre-arrange their cremation plans is essentially the same as the process for any other married couple.

Same-Sex Marriage and Cremation: What Has Changed?

In the past, in order to have their rights recognized, a same-sex couple often needed to take advantage of certain states’ “designated agent” laws, which allow individuals who are not next-of-kin family members or married spouses to carry out the deceased person’s wishes with regard to cremation services. Same-sex couples could name their partners as designated agents in order to ensure preferences for cremation were honored, as their marriages did not have legal standing in all states.

Today, these loopholes are no longer necessary; same-sex surviving spouses are considered the next-of-kin family member. With the Supreme Court ruling, a married same-sex couple has the same legal rights as a heterosexual couple, including the right for the surviving spouse to carry out their loved one’s final wishes for disposition.

Neptune Society respects the rights of all individuals, and we are committed to treating all couples with respect. For more information about how same-sex marriage may impact your cremation plans, please contact your nearest Neptune Society representative today.

Special thanks to Laura Anderson, Service Manager of the Neptune Society Minneapolis, Minnesota for her support and contributions to this post.

My parents bought a pre-need package with Neptune Society over... Read More

My parents bought a pre-need package with Neptune Society over 20 years ago.  When my father passed in 2004, my mother raved about the service that was provided in Florida.  My mother just passed in April 2021, and once again Neptune Society was there for us.  The coroner notified Neptune and Elijah Walker called immediately to begin guiding us through the process.  There was little for us to do – Neptune arranged everything – and we fairly quickly obtained the death certificates and her cremated ashes.  Elijah was kind, respectful, patient, and on top of things.

I would highly recommend this service to take care of all those things you won’t want to when your loved one passes.

My experience with Neptune Cremation Service was absolutely wonderful.  The... Read More

My experience with Neptune Cremation Service was absolutely wonderful.  The staff was very considerate and polite.  Sara Likens is the most compassionate person I have ever met.  She made sure that I was comfortable with every choice I made for my mother.  My husband and I were so impressed with them, we went ahead and made our own arrangements for the future.  I highly recommend Neptune to anyone who wants their loved one taken exceptional care of.
Thank you Sara for all you do.
Karen R.

When a loved one pasess away, it’s hard to put into words exactly how you’d like them to be remembered. Often, this task is one that’s handed off to a family member of the deceased. Whether it’s the college graduate or the writer in the family, the job of writing the obituary is one that

How to Dress Appropriately for a Funeral

Going to a funeral is relatively rare for most of us, and when the time comes, it is stressful enough without being concerned whether the outfit you wear is appropriate. As a rule, it’s generally best to choose more traditional, conservative attire in regards to how you dress at a funeral.