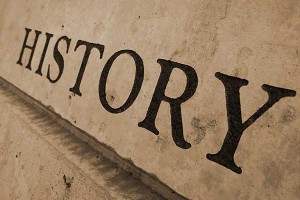 While today there are debates about whether burial or cremation is a preferred method for disposal of a body, these death rituals have risen and fallen in popularity throughout history.

The Earliest Instance of Cremation

The archaeological record cites the Mungo Lady, the approximately 20,000 year-old remains of a partly cremated body found near Australia’s Lake Mungo, as one of the world’s oldest known cremations. This 1969 finding shows that cremation, as well as complex burial rituals, might have existed in early human societies.

The Spread of Cremation

Despite this finding, today’s scholars generally agree that cremation most likely began in Europe and the Near East around 3000 B.C. during the Stone Age. Evidence like decorative pottery urns has been found suggesting the spread of cremation across northern Europe during the Stone Age among the Slavic people of western Russia.

From 2500 to 1000 B.C., cremation continued to spread into Spain, Portugal, and the British Isles. Cremation cemeteries first sprang up in Hungary and northern Italy, and the practice spread north as far as Ireland.

The historical record shows us that preference for burial and cremation is cyclical.

While cremation remained popular throughout the battle-ravaged empires of Greece and Rome between 1000 B.C. and 395 A.D. – mostly for health reasons as well as the need for expedient burial rites for slain warriors – the rise of Christianity under the Emperor Constantine saw a sharp decrease in the cremation.

While cremation remained common practice among Romans, early Christians considered it pagan. Traditional sepulcher entombment remained the preference of Jewish cultures. By 400 A.D., earth burial replaced cremation except in rare times of plague and war. It remained the preferred method of disposition throughout Europe for the next 1,500 years.

Cremation as we know it today only began a little over 100 years ago. The first dependable cremation chamber was developed in Italy and displayed in 1873. In 1874, Queen Victoria’s surgeon, Sir Henry Thompson, and his colleagues founded The Cremation Society of England. Europe’s first crematories were built in Woking, England and Gotha, Germany in 1878.

While two recorded cremations occurred in North America prior to 1800, the first crematory wasn’t built until 1876 in Washington, PA. Cremation’s popularity surged among a Protestant clergy that desired reformation of burial practices as well as medical professionals’ health concerns regarding cemeteries.

Twenty crematories were in operation by 1900. That number grew to 52 by 1913 and over 10,000 cremations took place that year. Neptune Society was established in 1973 and currently has 45 locations across the United States with continued plans for growth.

As environmental and financial concerns dominate American culture, cremation is seeing another rise in popularity. According to the most recent data provided by the National Funeral Directors Association, the cremation rate in 2013 was 45.1%. The projected rate for 2020 is 55.8%. By 2030, 70.6% of final dispositions are expected to be cremations.

I was very satisfied with the services you provided.  ... Read More

I was very satisfied with the services you provided.

I would like to take this opportunity to commend the... Read More

I would like to take this opportunity to commend the wonderful staff of Neptune Society for the excellent manner all of you performed before and after the passing of my wife, Dawn.

Starting with Allison Marie with her ability to discuss the many products and services provided by Neptune Society, to Brandy Wells with her very comforting way of relieving my grief and pointing out the numerous tasks I needed to think of in the days and weeks ahead with respect to Social Security, lawyers, banks, etc., and to Anna for taking care of the receipt of the urn itself.

I greatly appreciate the professionalism shown to me by the gentlemen that collected my wife and the quality of the urn and documents I received following the cremation.

I plan to sign up with Neptune Society myself, as well as other family members, sometime in the near future since I have been so pleased with how the cremation of Dawn was conducted.

Anna, I just wanted to thank you for the really... Read More

Dear Lisa, On behalf of our family, I would like... Read More

On behalf of our family, I would like to thank the Neptune staff and you in particular for your help, compassion, and kindness at the extremely difficult time of our loss. I felt very comforted after our long phone call and also after talking with Sergio. Once again many thanks to all of you for everything.

Rebecca B. and family

Dear Carolyn, My experience with the Plano Neptune staff has... Read More

Dear Carolyn,
My experience with the Plano Neptune staff has been wonderful.
Even though I was making arrangements for my wife of 39 years: Chris.
I read all the support emails afterwards and they were very helpful.
I have been, and will continue to recommend you.
Thank you for all your help and support.
Ron O.

We were quite a distance from my father and his... Read More

We were quite a distance from my father and his wife. We live in Wisconsin, they in Florida. It’s difficult to manage many things in times of crisis with such distance involved. Neptune was the answer. They handled everything with professionalism, respect, and sincerity. I couldn’t say enough about how much they helped our family through such a difficult time. Marianna is our contact at Neptune. She was heaven sent. She kept all the wheels moving in the right direction. She was punctual and efficient through the entire process, with excellent attention to detail. She made our difficult time so much easier. Thank you Neptune Society of Fort Myers, and especially Marianna.

Let's be real for a minute, people. You can plan... Read More

Let’s be real for a minute, people.

You can plan and organize or choose not to,

but death is a train and it’s been on the tracks since birth.

When it comes, those left behind are in for a rough time.

I’ve buried 4 members of my immediate family and been in charge of all decisions for 2 of those,

Neptune was like a warm blanket after a cold night in the field.

They handle things, call people and agencies that need to be called, get paperwork done,

they get the job done.

I had other things to deal with of course,

but Neptune’s involvement was reassuring and dependable.

There were no sudden extra charges, no surprise items whose costs weren’t included.

Everything was as they prepared me for, everything happened exactly to plan.

They cared for my mother last month.

They’ll be caring for my wife someday, and me as well.

Their service was that solid.

I could have tried to pay less

but it wouldn’t have been worth it.

I know that for a fact now.

Get this done, people.

Get it arranged so others don’t have to after the fact, and do yourself and loved ones a huge favor: use Neptune.

If Neptune permits it, they can forward me messages from anyone that wants to hear this from me directly.

I’ll respond to anyone that wants to verify my statements.

Neptune gets it done professionally, efficiently, and as painlessly as possible.