The act of memorializing the deceased is one of the hallmarks of civilization – it’s something that marks the beginning of society as we know it. Over the years, funerals and memorial customs have changed according to spiritual beliefs, cultural values, and a myriad of other factors. Today, in the U.S., memorial services vary but follow the same pattern, by and large: Families prepare the remains, loved ones gather to mourn, a designated person offers a blessing or words of remembrance, and individuals continue to memorialize their loved ones as they see fit.

Some of what is practiced now hasn’t always been that way, but others are as old as mankind itself. How have past traditions differed from current ones, and how did ancient funeral ceremonies influence what we do today?

From as far back as 60,000 B.C., there is evidence early humans and Neanderthals decorated their deceased with flowers, antlers, and other items from the natural world, according to The Funeral Source. It’s impossible to know the exact impulse that led to that practice, but it’s reasonable to believe it had to do with spirituality and a belief in the afterlife.

Some of the world’s most famous and impressive ancient landmarks were built, at least in some part, as tombs or as vehicles for memorial. The pyramids of Egypt, the Taj Mahal, the terra cotta warriors of China, the Mausoleum, and the Roman catacombs were all ways to honor and enshrine the dead.

Nowadays, you don’t see kings erecting massive tombs to enshrine the dead – the Taj Mahal, built in the 1630s, was probably the last major project built as a tomb or mausoleum. Instead, today’s funerals borrow some elements from the past and move on from others.

Early religions often held that the spirits of the dead carried objects with them on their travel to the afterlife, so people would entomb their loved ones with items that could accompany their journey. Today, that tradition is still alive: Family and friends routinely bury or inter the deceased with treasured possessions from life. Similarly, that practice established at least 60,000 years ago – leaving flowers with those who have passed – is certainly prevalent today.

In the U.S., religion plays a role in many funeral traditions, but certainly not all. By and large, families are free to decide how to hold a funeral and inter their loved ones as they deem appropriate. 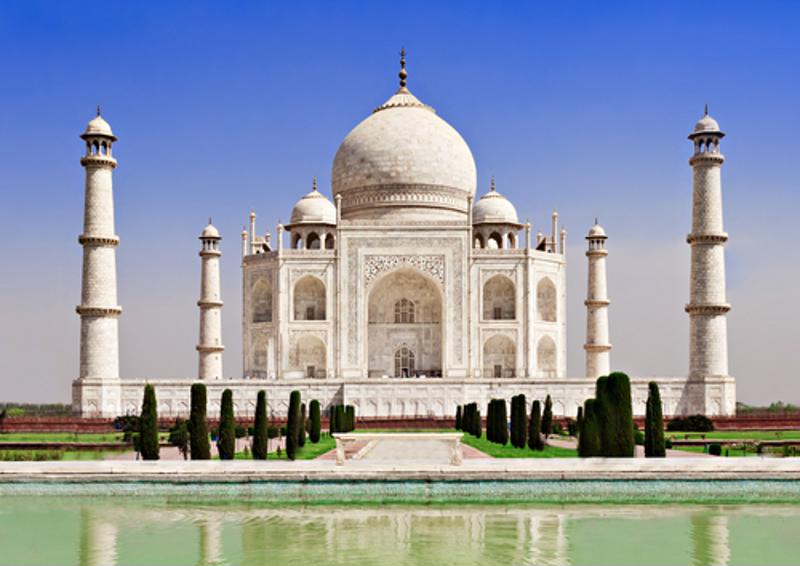 The Taj Mahal was once used as a mausoleum.

The preferred method for disposition

While some consider burial to be the most prevalent funeral practice, the ancient Greeks chose cremation more frequently. In 1000 B.C. people began using clay urns to contain cremated remains, and by 800 B.C. the method was popular with the Greeks. Nearly 1,000 years later in 100 A.D., the Romans – heirs to Greek culture – established columbaria as a way to enshrine multiple urns and other personal belongings. The columbarium is still commonly used today as a way of interring cremated remains – in fact, Neptune Society has one of its own.

The modern world has changed drastically since ancient times, particularly in how frequently and how far people travel. For that reason, many people today also prefer cremation over burial, according to USA Today – it allows them to carry their loved one’s remains with them when they move or travel, it makes it easier to plan for end-of-life, and it even provides more flexibility and creativity in terms of interment or memorialization.

It’s easier than ever to plan for end-of-life, given the number of resources available. If you’d like to learn more about cremation as an ideal option for you or a loved one, consult with the experts at Neptune Society.

My parents bought a pre-need package with Neptune Society over... Read More

My parents bought a pre-need package with Neptune Society over 20 years ago.  When my father passed in 2004, my mother raved about the service that was provided in Florida.  My mother just passed in April 2021, and once again Neptune Society was there for us.  The coroner notified Neptune and Elijah Walker called immediately to begin guiding us through the process.  There was little for us to do – Neptune arranged everything – and we fairly quickly obtained the death certificates and her cremated ashes.  Elijah was kind, respectful, patient, and on top of things.

I would highly recommend this service to take care of all those things you won’t want to when your loved one passes.

How To Transfer Cremated Remains Into An Urn

When a loved one passes away, it’s common for their remains to be cremated and shipped to the surviving members of the family or friends. In some cases, these remains are not shipped with an urn. When this occurs, many people opt to purchase an urn separate from where their loved one was cremated. But

When a loved one passes away, it’s hard to put into words exactly how you’d like them to be remembered. Often, this task is one that’s handed off to a family member of the deceased. Whether it’s the college graduate or the writer in the family, the job of writing the obituary is one that