All over the world, different cultures practice many separate, varied, and equally graceful traditions when someone passes away. There are a few patterns that connect these ceremonies – respect, love, and religion, in most cases – but each culture puts its own twist on the event. Let’s take a trip around the globe and examine a few of the finest funeral traditions from culture to culture:

Japan
Buddhist traditions make cremation a popular choice for the Japanese, according to The Japan Times. The ceremony typically takes place the day after an individual passes – guests bring money and burn incense, while a monk recites prayers or chants. After the funeral, the body is cremated and family members use chopsticks to remove bone fragments from the cremated remains. Then they place the fragments in a cinerary urn, which is brought to a family grave. Wakes are also part of the Buddhist tradition – in fact, the practice may have originated with Buddha’s pupils, who are said to have stayed up all night to discuss the Buddha’s teachings after he passed.

Bali
In another Pacific island, cremation also features prominently. Bali, an island in Indonesia, celebrates cremation as a means of allowing the soul to leave the body and become reborn, as The New York Times explains. In 2008, a royal family member was cremated along with 70 other people during a massive celebration in the city of Ubud, featuring an 11-ton tower that bore the royal person’s coffin. Miguel Covarrubias, who wrote “Island of Bali” in 1937, once noted that inhabitants there view cremation as “an occasion for gaiety and not for mourning.” 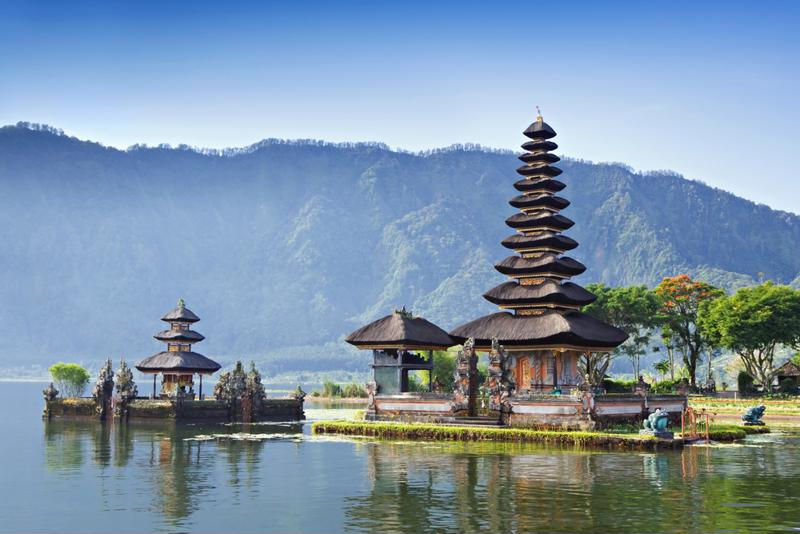 In Bali, funerals are a celebration.

Tibet
While many cultures adorn the deceased with flowers and decorations and hold a huge, lengthy gathering for the funeral, in Tibet and Mongolia, many people choose a different route. People in this part of the world have practiced sky burial for thousands of years, reported the Buddhist Channel. That involves leaving the remains of the deceased unprotected high in the Himalayas, exposed to the elements. Today, 80 percent of Tibetans opt for sky burial.

Ghana
In this African nation, funerals are a big deal, reported CNN. These events often attract hundreds of people and they’re far from somber – in fact, Ghanaian funerals tend to be boisterous, celebratory affairs. Sometimes funerals in Ghana are even more expensive than weddings – in part to pay for the billboards many families purchase announcing the funeral and drawing in as many people as possible. Those in attendance will spend a few moments mourning and the rest of the time – the vast majority of the time – dancing and laughing.

New Orleans
You don’t have to travel outside the U.S. to see some unique funeral traditions, including where African, French, and Caribbean cultures blend in New Orleans, Louisiana. Jazz music is inherent to the culture of the city, and the funeral procession is rarely boring, according to Funeral Wise. Typically, a hearse is accompanied by a brass band that starts out playing dirges and hymns before moving into swing and dance tunes. People are encouraged to join in and take part in the celebration of a life.

No matter where you go, funerals can provide a window into culture. Many of these traditions are even present in the U.S., with so many different ethnicities and backgrounds represented. If you want to learn more about how to plan for a funeral and other options to choose from, contact the professionals at Neptune Society.

Ana Hernandez and the staff at the San Pedro, CA... Read More

Ana Hernandez and the staff at the San Pedro, CA location handled my wife’s arrangements with the utmost professionalism and accommodation. Thank you again to everyone for your patience, help, and understanding. They returned my many phones calls promptly as I live in Las Vegas and my wife who was in long-term care passed away in California. They were nice enough to have my grandson pick up some of her ashes and bring them to his mother (my stepdaughter) and mail the rest to me in an urn which I have received as I have trouble driving a long distance. Excellent customer service. Both of my parents were handled by The Neptune Society. I had prepaid my wife’s arrangements. I have made prearrangements for myself. Of course, I highly recommend The Neptune Society. Thank you again.

I prognosticated to arrange for my death for a long... Read More

I prognosticated to arrange for my death for a long time, but meeting with Mr. John Yang
Alleviated my concerns.  He not only was knowledgeable and professional in our
Meeting addressing issues I did not think of, but through his friendly outgoing
Personality made the process easy, and I am relieved to have made they arrangements.

Lisa, this is a big thank you for all your... Read More

Lisa, this is a big thank you for all your very professional and personal kindness. You have helped make my heart break a little easier. Sincerely our thanks, Frank O.’s family, Kathryn, and kids

I sincerely appreciate your KINDNESS and your knowledge of the Cremation process as well as helping me understand how the process all works.

I'm relieved to have my final arrangements pre-made so that... Read More

I’m relieved to have my final arrangements pre-made so that my adult children won’t have to have that concern upon my demise. This process was straightforward, made palatable by the staff, (Lynne, specifically), and reasonably priced, with the option of monthly payments.

Thank you Lynn Reakes for making our pre-arrangements flow smoothly. You were incredibly helpful. It was a pleasure working with you.

Exceptional service and communication at a tough time. All the... Read More

Exceptional service and communication at a tough time. All the staff was very compassionate. I highly recommend them. They help you in times of need.